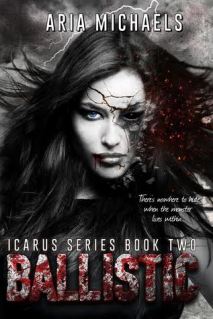 Every so often I come across a series which has a truly cinematic quality, this is the case with the Icarus series.  Ballistic doesn’t falter after Killshot and the same depth of world and character building is astounding.

Before picking up on Liv’s search, we start with Lucas’ story.  The chaos in the aftermath and where we discover that he is at least alive, but being taken to “safety” by the Army.   Liv on the other hand is still battling through with her band of friends and allies, at least with transport they now have something going their way, but with the heat still blazing their choices of shelter need to be wise.  What looks like the perfect sanctuary for a pitstop brings them face to face with yet more mutations, the pods have incubated and the results are truly terrifying.

The team seem to be living from one escape to the next, be it from the pods to the lightening storms to other survivors.  Clues left by those they are searching for are followed but an interruption along the way leads to new discoveries allegiances.  But will Liv ever reach her goal?  Is Lucas better at getting himself into trouble than his sister is? 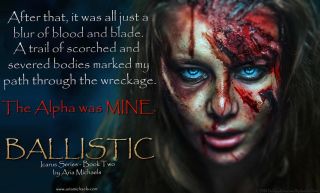 As with Killshot, the set pieces are fantastic, battles are intense in both description and scale and the book is full to bursting with story.  The pace fluctuates well with the ups and downs of the groups experiences, well earned rests are a time for reflection, to get to know each other better and to get under each other’s skin.  I like that there is such a diversity between the group and also with those they meet along the way. There is a good sense that even in times of strife people either naturally get along with each other or they don’t.  The writer doesn’t force them to be a jolly band but nor is anyone truly a villain, everyone is just getting through each day as best they can.  For me this is a massive part of what sets this series apart, the characters are exceptional and that leaves the slower parts of the book being just as captivating as those filled with action.
It’s a book which kept me on the edge, desperate to turn to the next page but this time the cliffhanger is a little more dastardly!  Thank you Aria Michaels for another amazing read!