Lots of fun in the Playground house this week.  We started off by putting up our Christmas Tree, I’m keeping a special spot open on it though as I have a Harry Potter Platform 9 3/4 coming my way soon!! 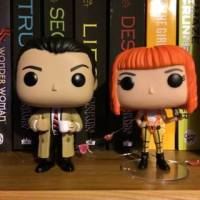 It’s also been my birthday, hooray!  I got lots of goodies to feed my obsessions, starting with 2 awesome additions to my burgeoning Funko collection.  My first is Leeloo Dallas with her Multipass, this one was so hard to find and had to come from the US in the end.  Leeloo is such a special character for us as we’ve named one of our cats after her, she is so cool!  The second is feeding my Twin Peaks fandom with Agent Dale Cooper and his trademark cup of coffee.  We really loved The Return series when it aired earlier this year.  The trouble with Funko’s is that one just leads to another and this has now led to me wanting a log lady too!

I also did well for books in that my children got me the box set of all the Mortal Instruments, these have been books that people have been asking me if I have read for ages, so it’s clear they are going to be right up my street! I also treated myself to the second part of the Six of Crows duology with Crooked Kingdom and I also decided to dip my toe in the Lunar Chronicles water with Cinder.  I have a lot of books to keep me occupied now and I have plenty to get going with when I restart my Goodreads challenge for next year.  Talking of which, I have just 2 more to go to reach my 75 target for this year! (I went through my list and added all the War and Pieces complete series editions – as they weren’t on there!!) 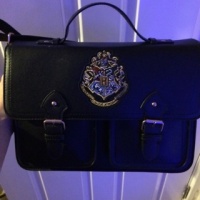 My final bookish buy was a fabulous Harry Potter Hogwarts satchel.  My usual handbag is tiny and I end up carrying around a tote as well to keep my book in, so now I can hopefully combine the two!  I have my fab book sleeve from last months Fairyloot box now so I can happily carry my paperbacks without fear! Speaking of fairyloot, I also have the December box as a birthday present, but that isn’t due to ship until the 15th!

It’s been a lovely week and I have been working on some new posts to bring you soon, focusing on my fave reads from this year and my most anticipated reads for next year.  I also apologise for my awful photography today, it’s late evening so everything is in shadow. I also still have no idea what i’m doing on Twitter though lol.

If any of you have any Twitter tips, please let me know!!