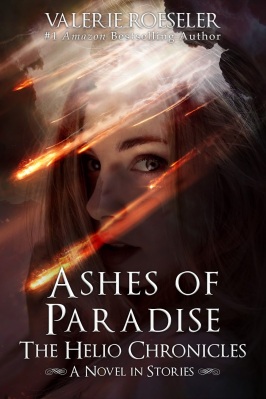 Blurb:
*TO BE READ AFTER THE HELIO TRILOGY*
For Anora’s sixteenth birthday, an unexpected gift comes into her possession. A delicate book whose gilded edges hold the secrets of the past from Enochian history that have shaped her world. Through its pages, Anora discovers why the Griffins fell from Paradise, when relationships between angelic ranks became acceptable, where Guides come into being, and how those expected to be infallible are not without weakness. She uncovers a sinister past that molded a Dark essence, a mistake that was destiny in the making, an angel’s rebellion that greatly cost a family, and the beginnings of an epic love that conquered all odds.
*Stories Include:
Fall of the Griffins – Theodora, Cassius, and Beckett’s Story
Embodiment of Love and War – Evelyn and Camael’s Story
Vindication of Mercy – Alice and Eric’s Story
Rapture of Death – Azrael and Lilith’s Story
Shadow of Enigma – Cora’s Story
Force of Resistance – Becky’s Story
Maverick of Mayhem – Jack’s Story
Sacrifice of Love – Ivy and Gideon’s Story 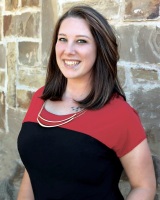 Valerie Roeseler is a bestselling author, devoted mother, and workaholic with the determination of a queen bee. She began writing as a child, creating fantastical stories with villainous animals on her toy typewriter. In her teenage years, her writing became a poetic secret before she wrote music, transforming them into lyrics. Valerie’s early inspirations came from her obsession with mythology and British literature. Her debut novel, Midnight Divine, is the first in The Helio Trilogy. She is a native Texan and an enthusiast of art, music, adrenaline, coffee, wine, and hair dye. When left to her own devices, she tends to forget that sleep is a necessity.
Author Links:
Amazon: http://amzn.to/1U7DHDW
Goodreads: goodreads.com/author/show/14916874.Valerie_Roeseler
Facebook: facebook.com/authorvalerieroeseler
Instagram: instagram.com/teamroeseler
Website: valerieroeseler.com
Newsletter:  www.valerieroeseler.com/newsletter-sign-up
Facebook Fan Group:  www.facebook.com/groups/1586602924996284
Twitter:  www.twitter.com/teamroeseler
Pinterest:  www.pinterest.com/teamroeseler
Bookbub: https://www.bookbub.com/authors/valerie-roeseler
Buy Links:
Midnight Divine: https://amzn.to/2H1EdpU
Gilded Inferno: https://amzn.to/2JOJLBV
Vermilion Horizon: https://amzn.to/2IXKMX9
Ashes of Paradise: https://amzn.to/2H3mr1J 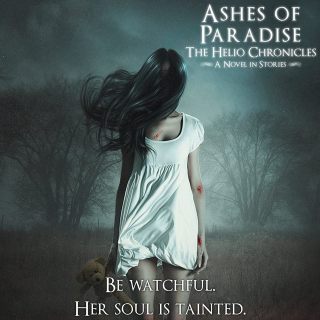 ***Vindication of Mercy***
*ALICE & ERIC*
I have so many questions. Why would Raphael believe that I have courage? What situation does Eric believe us to be in that he wanted to speak to Azrael about? What did Azrael say yes to? What are the Horsemen?
Once we are home, I put the kettle over the fire. Eric sits before it with an arm rested on his raised knee while he tears a piece of hay to bits with his fidgeting. His eyes are distant, lost in the flames with his thoughts. I think not to bother him with my questions and busy myself around the cottage. After some time, he speaks hazily, still engaged to the flickering blaze beneath the kettle “Are you happy here?”
I am taken aback by the odd question. It causes me to halt as I assess his form. I wonder, “What kind of question is that?” He remains immobile. I move to his side, kneeling to rock back on my feet with my hands on my lap. “I am grateful for your help and very fortunate that you found me. I do not believe I could continue being a Guide without the knowledge you have given me. If it had not been for your counsel, I would be miserable and lost.”
Eric hesitates, then veers his gaze to me. I cannot read his expression at first, yet as he begins to speak, I perceive the worry in his features and his tone. “If you are not happy here, I could help you find somewhere to go where you can assimilate easily and be happy.”
My countenance reflects his, “Where is this coming from? Does Azrael not approve of us keeping each other’s company? Do you wish for me to go?”
He quickly turns to take my hands. “No.”
“Then, what is it?”
The graveness in his voice makes my heart heavy, “The Horsemen are coming, Alice. I fear you will not be ready to battle their forces.”
“You want me to desert the mission?” I ask offensively.
“I want you to be safe.”
I offer, “So, train me more. Do you not believe I am capable?”
His eyes drop to our hands as he sweeps his thumbs across my knuckles in soothing motions. “I worry it will not be enough. The Horsemen are very powerful. The only being I fear above them is Lucifer himself.”
I throw his words back at him with a wry grin, “You may be pleasantly surprised what I am capable of.”
He falters, his regard flashing to mine. The corner of his mouth turns up. The amusement meets his eyes. “What would I do without your witty humor?”
My heart flutters, and I hold my breath. So much of me wants to kiss him and never leave his side, never brave a storm without him.
He must see my nervousness. He asks, “Are you alright? Is it something I said? You stopped breathing.”
I take a gentle breath and it is my turn to avoid his judgement by looking at our hands. “No.” I push to my feet, facing away from him. “Why does Azrael not want Guides to socialize with each other?”
The sound of his movement rustles behind me as he stands. “Because we are needed in too many places across the world to be clustered together. Also, because it could draw attention.”
There is a moment of silence before I whisper what has been on my mind, “Have you ever been in love before?”
The air grows heavy as I continue to face away from him. Finally, his voice is low and certain, “No… Have you?”
Turning my head over my shoulder, I fear speaking the truth, not looking him in the eyes, “Is it going against Azrael if I have?”